It should be the most exciting tech company on the block. Instead, it remains a media wallflower. The notion that Linkedin is boring has become something of a media meme.

TechCrunch once called it " the boring social network that won’t find you a date but may land you a job ." My colleagues openly admit that they ignore Linkedin . In fact, most Linkedin members rarely look at the site.

Are you seeing a pattern here? Linkedin is just not sexy .

This is a huge injustice, of course. Other tech companies with IPOs get all the media limelight, even though Groupon is an infamous disaster area which may or may not go belly up if its revenues decline, Zynga's business model consists entirely of Damocles Swords , and Twitter may or may not have a viable revenue model.

Social media need to have sex appeal in order to cement their brands in the minds of consumers. Twitter can make you famous. Facebook can get you friends. No one ignores an instant message. But there are few thrills to be had in updating your resume, which Linkedin is constantly nagging you to do. Lack of hotness can kill a social network within months. Remember how fast MySpace became the witness protection program of social networking companies? That is the fate that lurks for Linkedin if it fails to get its mojo working.

This is a branding problem waiting to happen -- how does "boring" help your equity? -- and Linkedin needs to act fast to fix it. A cute redesign would go some way to help. And allowing people to easily customize their profile pages with more photos, video and slide shows might make it more fun.

In the meantime, the company gets full marks for effort but zero for style. 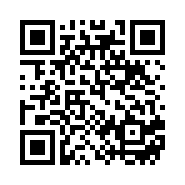